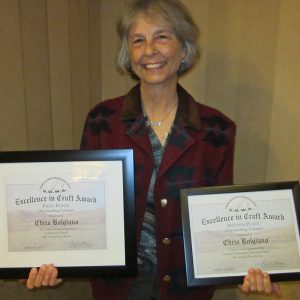 “Burrowing beneath the skin of the Earth all across the United States, new oil and gas pipelines are erupting in a rash of environmental destruction. More than 20,000 miles of new pipelines were built between 1998 and 2008, and tens of thousands more are under construction or proposed. Extreme energy extraction through hydraulic fracturing (fracking) for shale gas and oil demands extreme infrastructure support. Leaving soil-bleeding scars as they excavate ever forward, these pipelines are subsidized by taxpayer dollars but designed for corporate profits.

The Atlantic Coast Pipeline (ACP) would be one of the most destructive if it is allowed. Proposed in July 2014 by Dominion Resources with several other corporate partners, the ACP would cross 550 miles from West Virginia through Virginia to North Carolina, and cut through the healthiest, unfragmented woodlands in the eastern United States in the George Washington and Monongahela National Forests. Both of these forests have many areas full of uncommon plants and animals and are designated on state and international levels as ‘biodiversity hot spots.'”