Forests Are Our Future

Forest Forensics: Clues in the woods to historic crimes against nature, and the consequences today 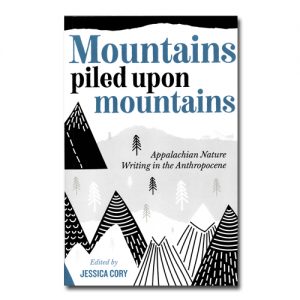 “Pillars of Carbon: National Forests and the Great Appalachian Carbon Commons” is an essay that appeared in Mountains Piled Upon Mountains: Appalachian Nature Writing in the Antropocene (pp 175-185), Ed by Jessica Cory. West Virginia University Press, 2019.

“Dashes of red paint on occasional trees were easy to miss, and we did. We crossed the border unwittingly, my young husband and I, lost in the woods on Cross Mountain in western Virginia. Part of the 1970’s “Going Back to the Land” movement that bought thousands of young people into rural Appalachia, we stumbled cluelessly through the seeemingly endless hundred­acre woodlot we were about to buy. The back border joined the million-plus acres of the George Washington National Forest (GWNF), the largest block of public land in the East. Soon enough, I learned to reconize the line between private and public land, between mine and ours. Over time, I’ve also come to see it as a boundary between capitalism and community, primeval and postmodern, history and hope.”