Forest Forensics: Clues in the woods to historic crimes against nature, and the consequences today

Forests of the Southern Appalachians: Repairing the Past, Defending the Future 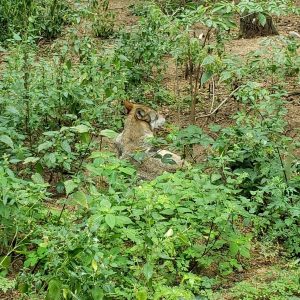 “The Grimm Brothers’ Worst Nightmare: Wolves Thriving in Germany” was published in Rewilding Earth, March 2020. Inexplicably, this story gained me an invitation to join the Rewilding Leadership Council, which put me way out of my league.

“It was Grandparents Day last August at the kindergarten in Cumlosen, a village in former East Germany. There were outdoor games, face painting, singing, and a small carousel. Then the teachers did a skit: the Big Bad Wolf and the Three Little Pigs. The wolf dies, and everyone cheers.

They may want to rethink their message.

After 150 years, wolves have returned to Germany. ‘They’ve been coming west from Poland for many years,’ said my friend Holger Galonska, a forester and grandfather of a kindergartner. ‘But in DDR times, farmers shot them.’ In 1990, when the Russian-controlled Deutsche Democrakische Republik (DDR) collapsed and East and West Germany were reunited, wolves had already been protected by the European Union (EU) and West Germany. Now they were protected throughout Germany.”