Life, Love, and Forestry: Travels in Germany as a Tribute to Carl Alwin Schenk

Of Wilderness and Water: The Fate of the George Washington National Forest 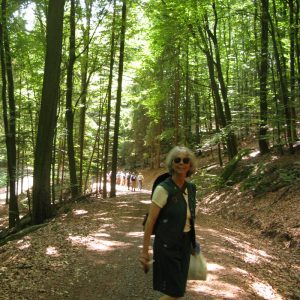 This article was commissioned by the Society of American Foresters and published in the SAF’s The Forestry Source.

“‘It’s the trip of a lifetime!’ everyone said during the SAF-sponsored German Study Tour in August and the two-week excursion was barely half-over. The group had seen Munich and the forests of Bavaria. But the heart of the trip was a remembrance of Dr. Carl Alwin Schenck (CAS), the legendary forester who left his Hessen homeland and opened the first school of forestry in the United States (the Biltmore School) in 1898. He also wrote the first textbooks, established science as a guiding principle, and planted the seeds of ‘conservative forestry.'”